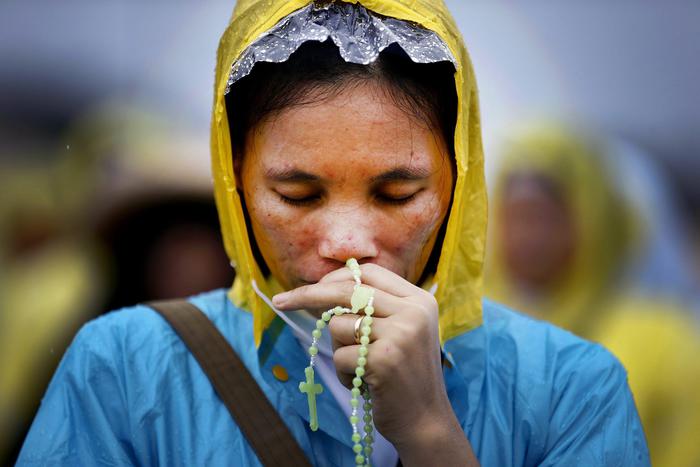 epa04566098 A Filipino nun prays during a downpour prior to Pope Francis mass in Quirino grandstand, Manila, Philippines, 18 January 2015. Pope Francis’ visit to the country on January 15-19 would be the fourth papal visit since 1970. He is the third pope to visit in 45 years. Authorities expect up to 5 million people will attend a public Mass scheduled at Manila’s Rizal Park on January 18.The Philippines is the largest predominantly Catholic country in Asia. EPA/DENNIS M. SABANGAN